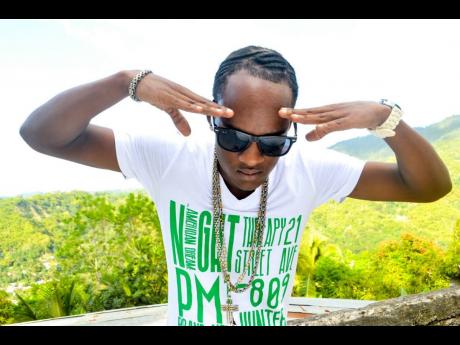 The songs Wisdom, Lock Di Globe, Ambition, Gwan Up and Far Away are sure entertain listeners. Dre Hype told THE STAR that the rhythm was strategically released globally during the Jamaican Independence weekend celebrations.

"CanJam was derived from Canada-Jamaica because that's where the producers are based. The dancehall scene in Canada is emerging rapidly and after missing Canada Day last month, we decided to go with our Jamaican Independence, and here we are," said Dre Hype, who is also an event promoter.

This is Dre Hype's second stint as a music producer, having debuted with the Off-Di-Press rhythm with Time Unit Music in 2016, which featured artistes like Chi Ching Ching, Lisa Hyper and Munga.

CanJam has reportedly been doing well, having being premiered on local and international radio recently. The songs have been receiving rotation at various events in the partially reopened Jamaican entertainment sphere.

"This is our offering to the dancehall music lovers and the expression of our music to Canadians and the global landscape," said co-producer of the rhythm, Eddie Wisdom of Wisdom Promotion, who is based in Brantford, Canada.

"The riddim is straight fire, and the reception so far is motivating." CanJam rhythm is mixed and mastered by DJ Franco of Ovation Lab.

Internationally renowned DJ Kass created a mix for CanJam, which has been creating a buzz on its own, while Calumbean Sound from Canada included the rhythm on its newly released mixtape.