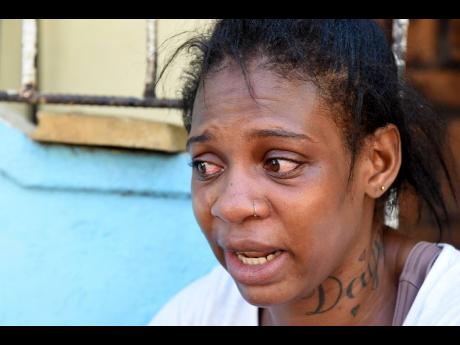 Antoinette Montague is overcome with emotion as she recalls the night she was shot. 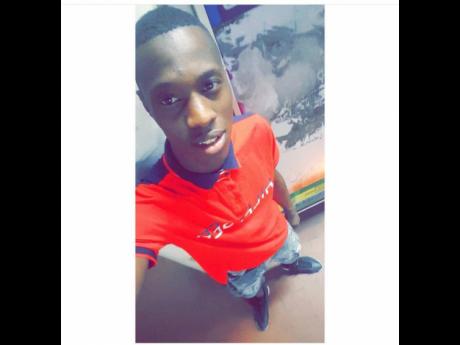 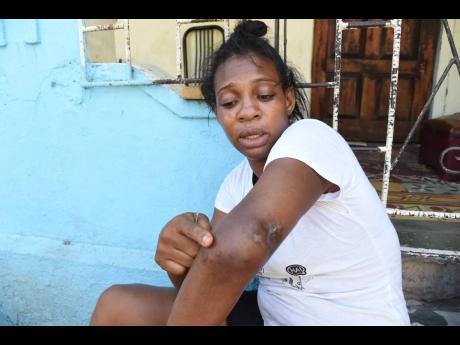 Antoinette Montague shows where she was shot in the left arm. She said that life has been difficult since the injury.
1
2
3

Tears streamed down the face of Antoinette Montague as she remembered the night she was shot in her left arm, allegedly by a soldier, while at her home on Bray Street along Elletson Road in Kingston on May 9.

However her neighbour, Jevaughn Duhaney, was killed in the same incident. Yesterday an autopsy conducted on his body determined that he had been shot three times in the neck. Montague knows she could have been in the morgue as well.

"Mi could a dead leave mi six children too. Probably if mi hand never inna di way mi would a dead. Everything happen so quick. We always out here so and mi never dream that one day this would happen because is not the first time the soldier dem would pass us," she said.

Montague said that Saturday evening started off like any other, where she and others, including Duhaney, would gather in the front of their yard to escape the heat inside their houses.

"I was sitting on the wall but when I saw the soldiers coming up the road like they usually do, I came off the wall ... because mi never wa dem say mi in dem way or anything. Mi think dem just a pass as usual and by mi fi ease off the wall, mi hear one explosion and mi run off. When mi reach round mi back mi a wonder how mi hand feel so funny, and a man say if mi nuh see mi get shot," she said.

Montague, 28, said she had no idea Duhaney had been shot and only found out minutes later when the police were carrying her to hospital. She stated that the gunshot had broken her arm, which is now unable to function properly.

"It did inna cast and mi could hardly take care a mi children. Is six kids mi have and this slow mi up. I cannot stretch out my hand or bend it. They say physiotherapy will help it but up to this day I haven't heard anything from JDF or anyone. Mi heart hurt mi every day when mi see how Jevaughn madda and him girlfriend cry. Him was a quiet youth, him never deserve that," she said.

Dr Jephthah Ford, who was asked by Duhaney's family to oversee the examination carried out by Dr Humberto Cassanova, said flour was recovered from residue at the back of Duhaney's throat "which means that he was eating at the time he was shot". "There were three entry wounds, two lateral and one central which is in keeping with a gun fired at rapid rate. I will write and notify INDECOM (Independent Commission of Investigations), the forensic department and so on. He received three shots but they were fired so closely together that to an uninformed bystander, it would appear to be one shot," he said.

"Right now I am relieved that I got his body so I am going to lay him to rest and after that I am going to talk to the Government after," she said.