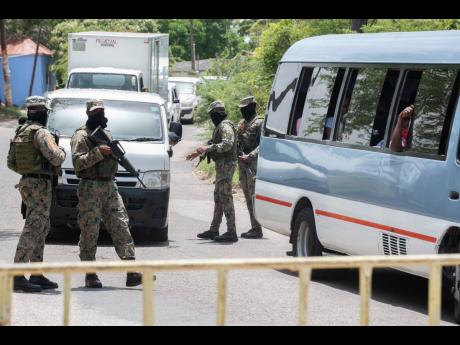 Members of the Jamaica Defence Force check motorists at one of several checkpoints erected in the Sandy Bay community in Clarendon on Thursday. A 14-day lockdown has been imposed on the community following several positive COVID results. 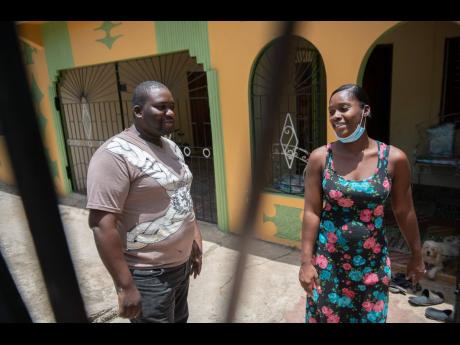 Nicholas Martin and his wife Lacie at their home in Sandy Bay. They fear the lockdown will be more difficult than the one in St Catherine. 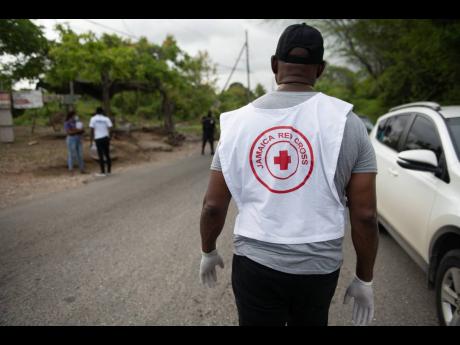 A member of the Jamaica Red Cross prepares to distribute supplies to residents.
1
2
3

The outbreak of COVID-19 in two communities has been linked to the actions of members of religious organisations who failed to observe protocols that have been established for the control of the serious respiratory illness.

In one case, a pastor returned from overseas, and instead of going into quarantine at home for 14 days, reportedly went straight to church, resulting in the transmission of the novel coronavirus to several members of the congregation.

The other case involved a sick person who travelled from St Catherine to St Thomas, going to church there to seek prayer for his illness. That also resulted in local transmission of the disease.

Both cases have resulted in the Government placing communities in Clarendon and St Thomas under quarantine for the next 14 days.

Sandy Bay in Clarendon, as well as Bamboo River, Church Corner and Summit in St Thomas have all been placed under quarantine.

"The irresponsible behaviour of a few has created a significant dilemna for the government," Prime Minister Andrew Holness yesterday remarked.

Jamaica yesterday recorded 30 new positive cases of COVID-19, the most in a single day, bringing the tally to 958. Twenty-eight cases of the virus have been detected in St Thomas over the past four days.

Holness said that the Government would be tightening the COVID control measures, which will impact the opening of beaches and rivers, the entertainment industry and funerals.

However, he has all but ruled out the closure of the airports. He said that persons entering the islands will be required to be quarantined. Churches will now be banned from having conventions and conferences.

He also said that it is time that the police start prosecuting persons who are found to be in breach of the orders.

The family of seven tried to exit the community three times using different routes, but soon realised Sandy Bay was under a lockdown.

"At this time, I would be in Manchester at Noisy River so me nuh feel good say me deh home. I promised the kids how long cause both of us work so we don't have the time ... everybody planned for this," said Martin.

His wife, Lacie described the lockdown as the worst, suggesting that "Not even Corn Piece was this bad." She was referencing the first Clarendon community to be placed under quarantine in March, and the home to Jamaica's first COVID-19 fatality.

Sandy Bay has been placed under quarantine as several members of a tested positive for the coronavirus.

"When we visted the church, the reports we had was that none of the protocols were being followed. ... It was a total disregard for the rules," Holness said.

Lacie, a nurse, said she is concerned about the impact the designated shopping days will have on the parish as scores of residents will flock May Pen to stockpile on groceries, which could lead to a disregard of the social distancing protocol.

Martin agreed, adding that in the first few hours of the lockdown, he already saw chaos.

"A man's chickens a dead fi hungry because them nah let him through fi go buy feeding. A guy on his bicycle was going to the shop and they can't even allow him to go buy food?" said Martin. "I've never seen it like this. I think they did it like this because of what happened in Portmore. Nothing was announced, so nobody made any preparations. Me nuh think it afi be so drastic. I think this is going to be worse than what happened in St Catherine."