Promoters get creative amid event lockdown 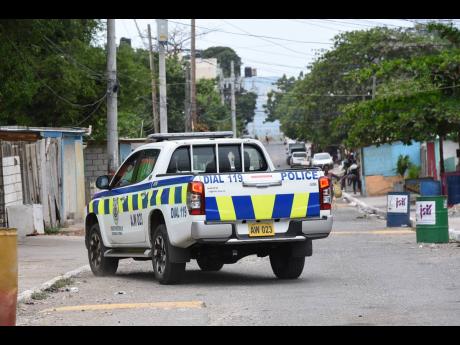 Last Friday, John*, a Kingston party promoter, turned his biennial round robin into a 'day rave' at his bar.

He stated that because of the 8 p.m. curfew, he had no other choice but to be creative.

"The way di ting set now, you can't just have a normal round robin because most a the people dem in round robins work a day, so a evening them would come throw their money," he said.

As Jamaica battles the COVID-19 outbreak, the Government has put in various measures, including the nightly islandwide curfew. Event permits have been on hold as the Government tries to prevent large gatherings.

Mary*, who resides in St Catherine, said while her round robin started at 11 a.m. on Sunday, she did not officially close her doors until after 8 p.m.

Many bar operators close by 7 p.m., to allow patrons enough time to get home before curfew.

"When mi see say 7 o'clock a come and mi nuh start make nuh money yet and more than half a di people dem in the drink out never come pay dem hand yet, mi had to send out a small broadcast. Mi close mi bar door and play di music really low and everybody who a come in have to say a specific 'secret' word or else di door nah open," she said. "On the outside it wouldn't look like anything a keep. A nuh like say mi waan do dis enuh but mi have kids and a party and dem likkle events ya mi a do from dem born fi take care a dem."

Mark*, from Kingston, said he managed to host his annual day rave without any incident, but said he informed his guests that they were partying at their own risk.

"Food affi eat same way although we nah make what we use to anymore. Some people wear dem masks and some don't cuz dem can't drink in a mask. But mi tell everyone before mi send out the invite say it's their responsibility to look out for the 'blue light' (police vehicle) so there is always a watchman," he said.

He told THE STAR that things are tight for everyone, as people even asked to help clean the venue to get a 'likkle change'.

The police have been imploring persons to obey all orders issued under the Disaster Risk Management Act, as the orders are in place for their safety.