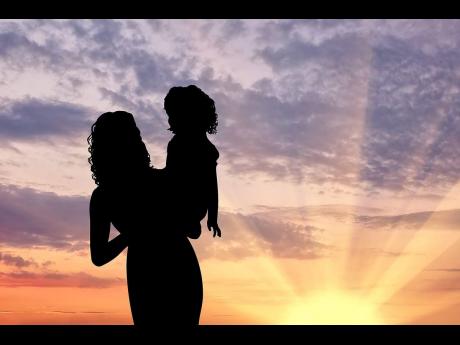 Natoya Dean, 37, is demanding that her babyfather, Lucan Canegan, 40, return their daughter to her, who he has had since Sunday when the child was brought to visit him.

Dean said she has no idea where her four-month-old is and has reported the matter to the Elletson Road Police Station.

"Sunday morning when me go over him house and try the door, it fly open and nothing nuh in the house. Him take everything and move out with me baby," said Dean. "Me call him, him family a call, my family and everybody in this world and him nah answer the phone."

The Dunkirk, Kingston, resident said the relationship with Canegan was "a disaster" and she has moved on.

"Later, him come around asking me to take him back," Dean told THE STAR. "So Saturday night him call me a question me about me relationship and curse me out because I told him I'm happy where I was and Sunday him gone with me baby."

However, when THE STAR contacted Canegan, he said that he took the child because he believes Dean is an unfit mother.

"From the day she was born, the mother (Dean) pay her little or no attention. If I had let her take that baby it would be her big daughter raising my child and I'm a father that take parenting seriously," he said. "I just move from where I was living because there was too much going on and the reason I took her is because if I left her, she won't be living a good life."

But Dean has refuted Canegan's accusations.

"You can ask anybody in my community, me take care of my child. From COVID come in, him lose him work and is me a care for my baby. Him must stop tell lie," he said.

Michelle Thomas, attorney-at-law, told THE STAR that Dean should bring the matter before the court.

"Let the court become aware of what he had done because that can go against him in a custody application," she said. "If he thinks the mother is unfit to care for the child, he should go through the court and get an order of custody. He can't just take the child from the parent like that; she has equal rights and accessibility just as him."

Thomas also said that the mother should take out an application for custody and let the court make a pronouncement on the matter.