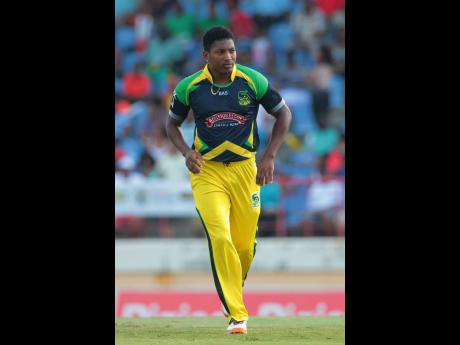 In just over a week, the 2020 edition of the Caribbean Premier League (CPL) will get under way in Trinidad. However, one of the format's most successful bowlers, Kishmar Santokie, will not take part.

For the second season running, Santokie has been ignored by the six franchises, despite being the second all-time wicket-taker in CPL history.

In 58 matches, Santokie has picked up 85 wickets, the same as Rayad Emrit; however, the Jamaican has taken those scalps in 17 fewer matches.

Dwayne Bravo heads the list of wicket-takers in CPL with 97 wickets in 69 matches.

The Clarendon-based Santokie has described his non-selection as "embarrassing", and he is in disbelief as to why he is unable to get a CPL contract, despite playing for four of the six franchises in the seven-year history of the tournament.

"I am very disappointed," Santokie told STAR Sports. "There are six teams in CPL and I have played for four of those teams and every team that I play for is not like I don't perform. Yes, you will have your bad game every now and then, but I always perform and I was expected to be picked by some team at some point."

Last season, Santokie came in as an injury replacement in the St Lucia Zouks franchise and picked up five wickets in three games. The left-arm seamer has also represented the Guyana Amazon Warriors in 2014, the Jamaica Tallawahs in 2015 and 2018 and the St Kitts and Nevis Patriots in 2016.

Santokie is one of a few Caribbean players who have also garnered experience playing in the lucrative Indian Premier League, where he represented the Mumbai Indians 2014.

The 35-year-old believes he has done more than enough to have earned a place in this year's tournament and is seeking answers from the powers that be.

"It's not like I am a troublemaker or a person that disrupts a team or disrespect anybody. I am just a humble soul," said Santokie.

Having last represented the Sylhet Thunder in the Bangladesh Premier League last December, Santokie says he is not yet ready to hang up his boots. He is, however, hopeful that he can get an opportunity to show the world that he is still one of the best T20 bowlers out there.